Our original plan was to stay in Monterey for 2 nights (see previous post), but when I realized my other family members were only staying 1 night, I proposed the idea to Scott of cancelling our 2nd night at the Lodge (no cancellation fee) and taking a spontaneous trip to Yosemite for one night. He said, “sure”, and I made a reservation for a place in El Portal. We drove 3 ½ hours to Cedar Lodge (more on the Lodge below) just outside of the park. “Hite Cove Trail” is about 2 miles away from the Lodge and we had always wanted to go but it never worked out to go because we had our dog with us. Dogs are allowed on the trail, but this momma would enjoy the hike a lot more not having to worry about my girl encountering a rattlesnake.

The drive in was beautiful, of course. Cool and breezy with the magnificent Merced “rushing” out to meet us! 🙂  We’d never entered from El Portal before and we saw there had been a rock fall that blocked the road. It obviously happened quite a long time ago (Anyone reading this know when?) as they had built a detour bridge with a well-oiled system for crossing. The bridge and a long section is one-way, so you have to wait for the signal to tell you when to go and wait for the oncoming traffic. The wait is about 5-7 minutes or so, but who cares when you can enjoy the scenery! 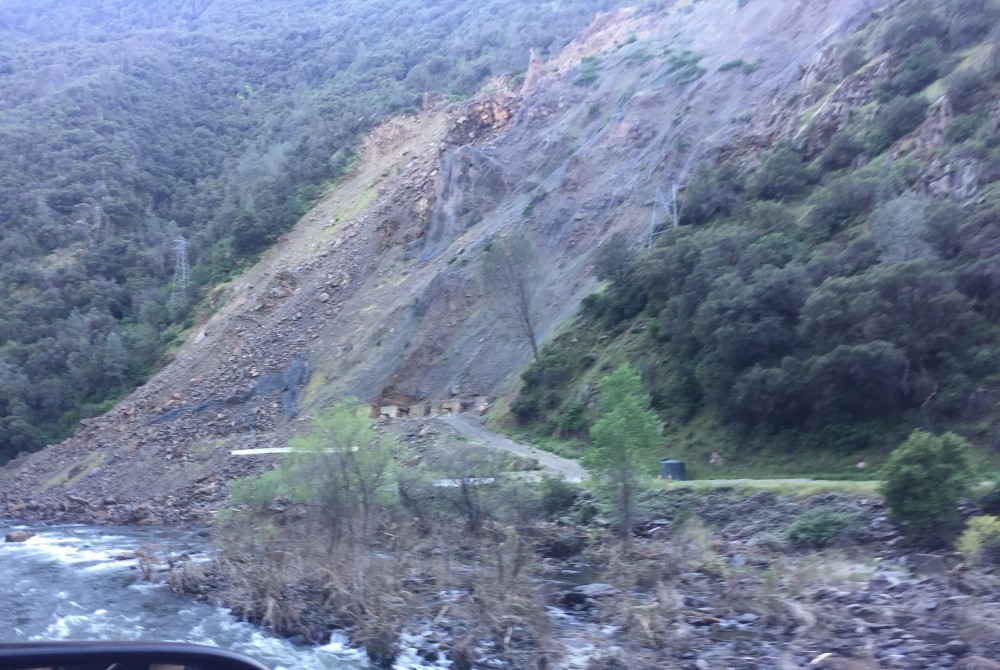 We arrived around 5:00 PM, quickly checked in and changed clothes, then drove into the Valley. I’d hoped to get a Passport Stamp at the Visitor’s Center but it was already closed, then we tried to head over to the Lower Yosemite Fall trail, but the road was closed and there wasn’t enough time to walk before it got dark. No worries, as we headed over to Swinging Bridge. We’d never stopped there before, and were thrilled to see deer checking out the recently vacated picnic areas, and also got some great view of Yosemite Falls and Half Dome just before Sunset. The deer were pretty interested in licking the barbeque pits (keep that in mind the next time you use one for cooking!), and we got some fun pics with them. 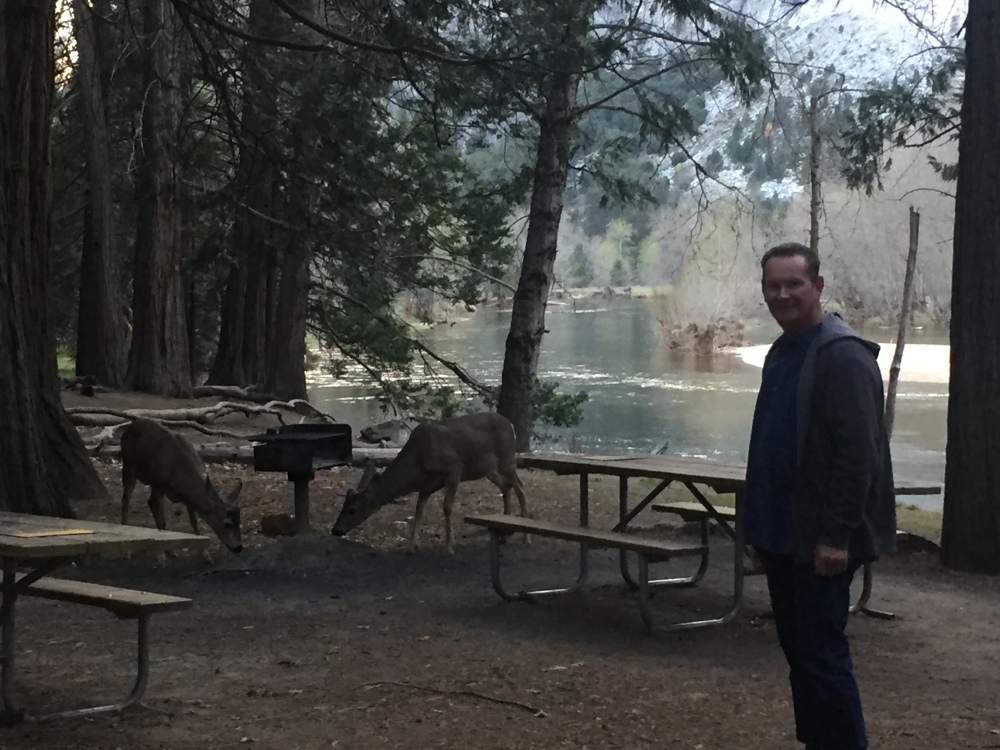 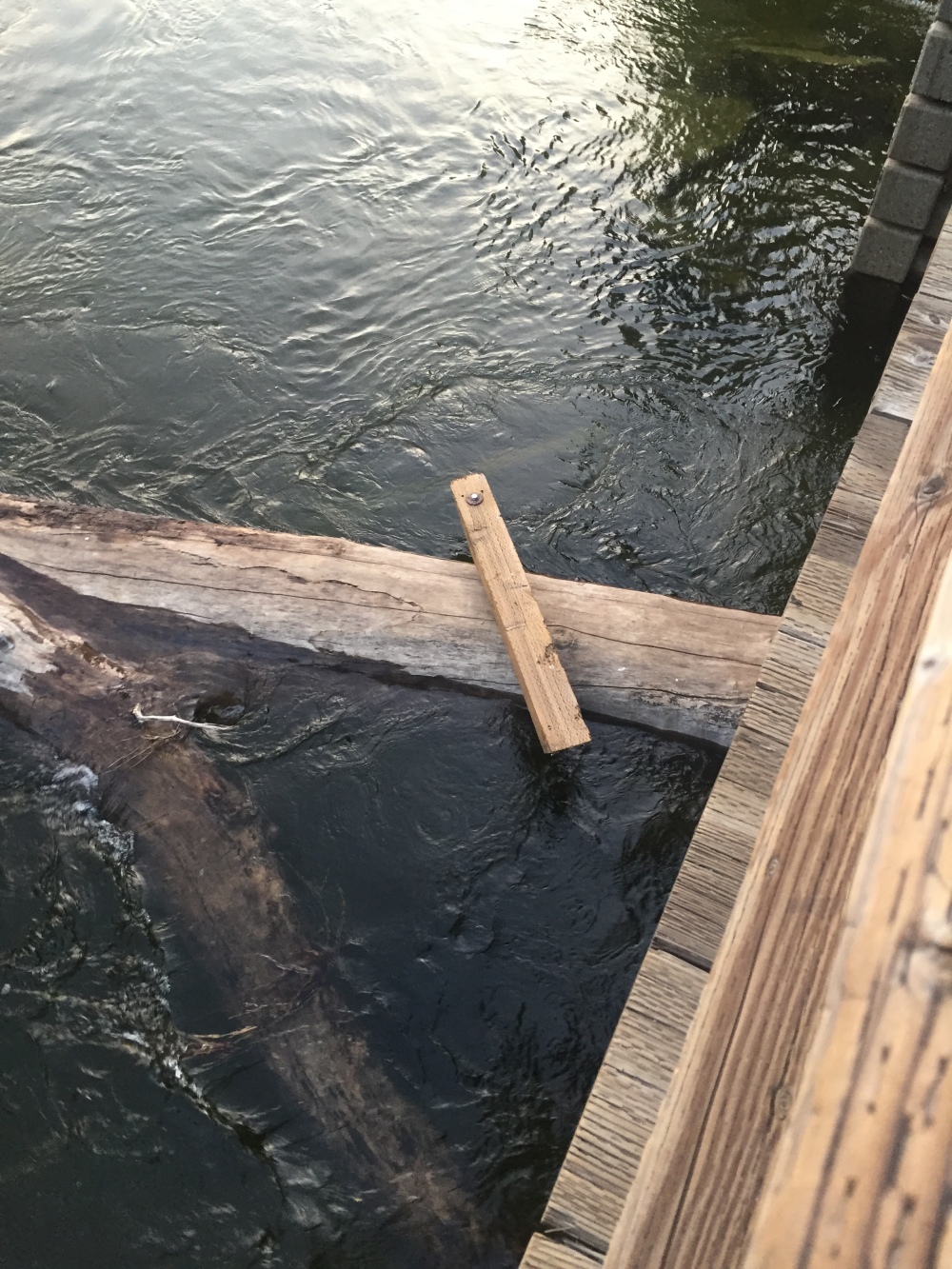 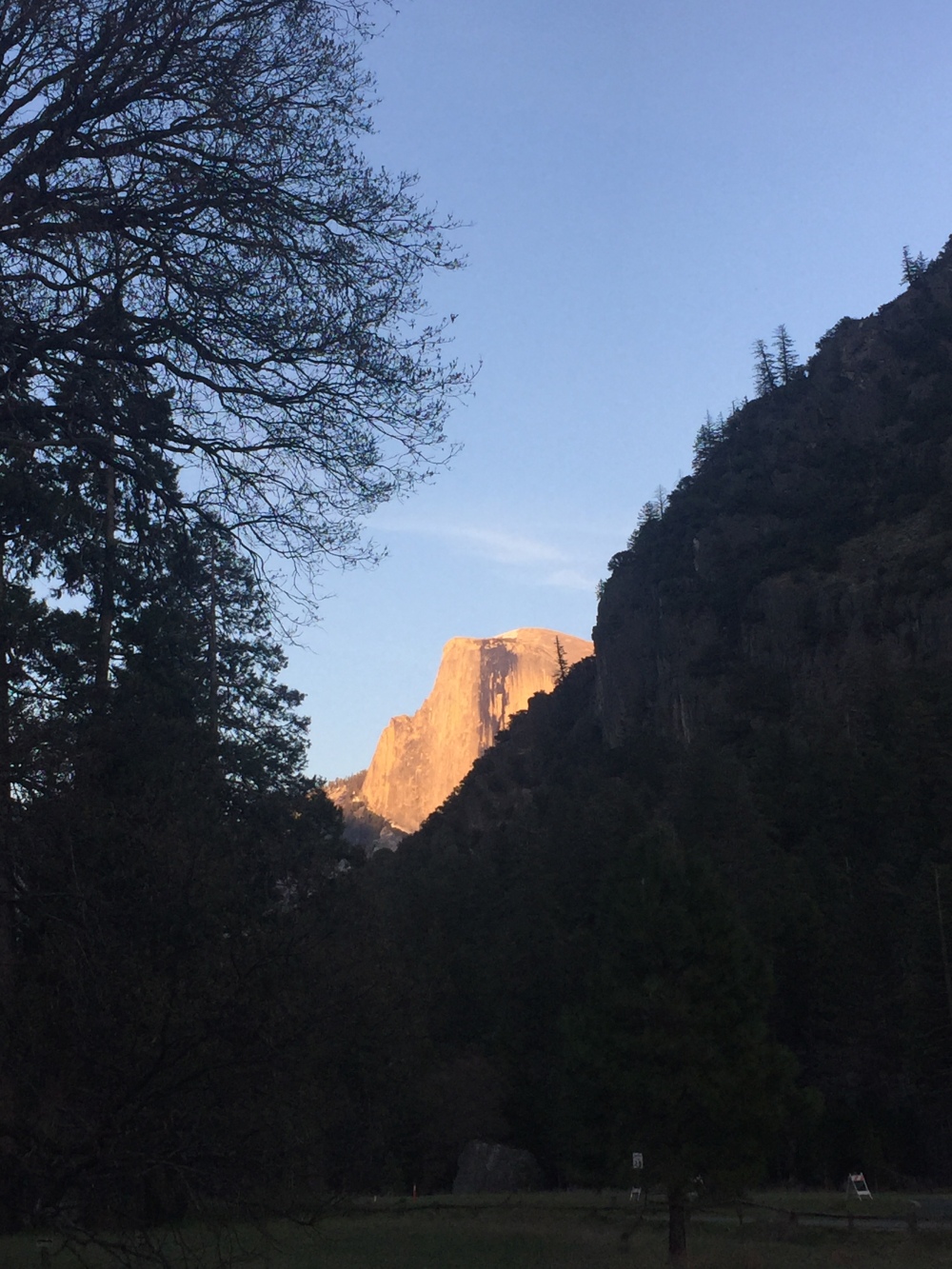 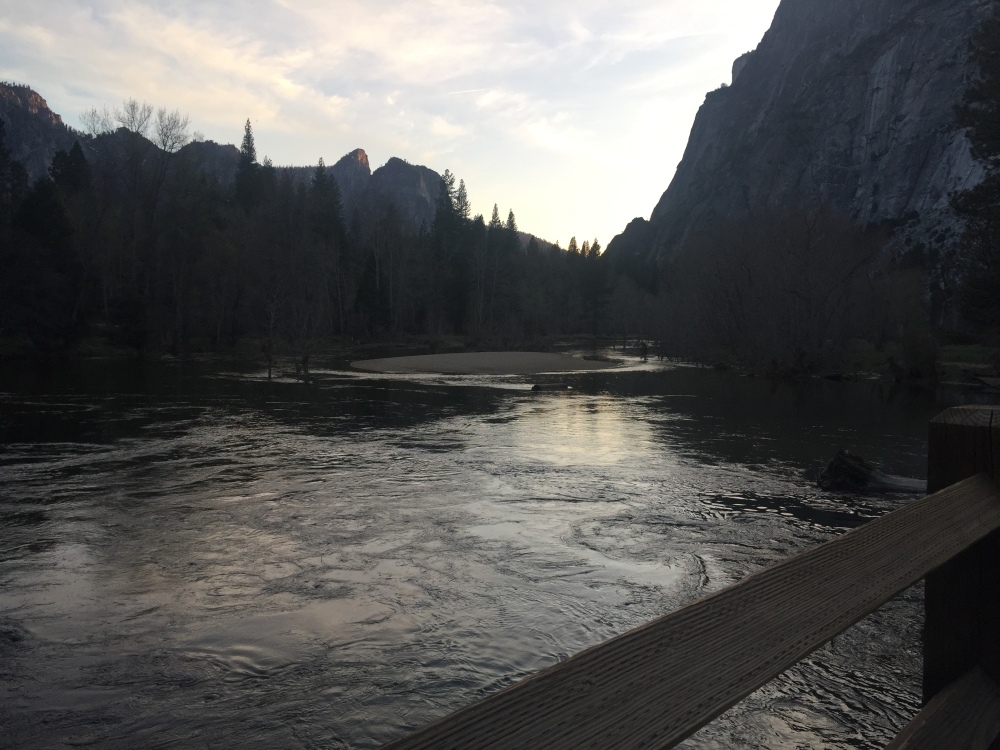 Before heading back to the Lodge for dinner, we took a drive over to the 140 entrance just to check out the Arch entrance since it was closed the last time we’d tried to take that route.

We got back to the lodge rather late, & we headed straight to their cafe, ordered at 8:20 & got our food at 9:00, which was closing time. They had ONE cook and ONE server for the entire place! The staff was very kind and courteous, and tried very hard to serve everyone, they were just severely understaffed. Breakfast was a bad buffet (no menu offered) with bad coffee. Our room was decent, clean, and fine for what we needed, though it was a little dark and sure had a weird floor plan with a lot of wasted space. There was a jacuzzi tub but we weren’t there long enough to use it. They also have a nice gift shop where we picked up a funny “scat” bandana for Alan and a few other unique things I hadn’t seen at the other shops. 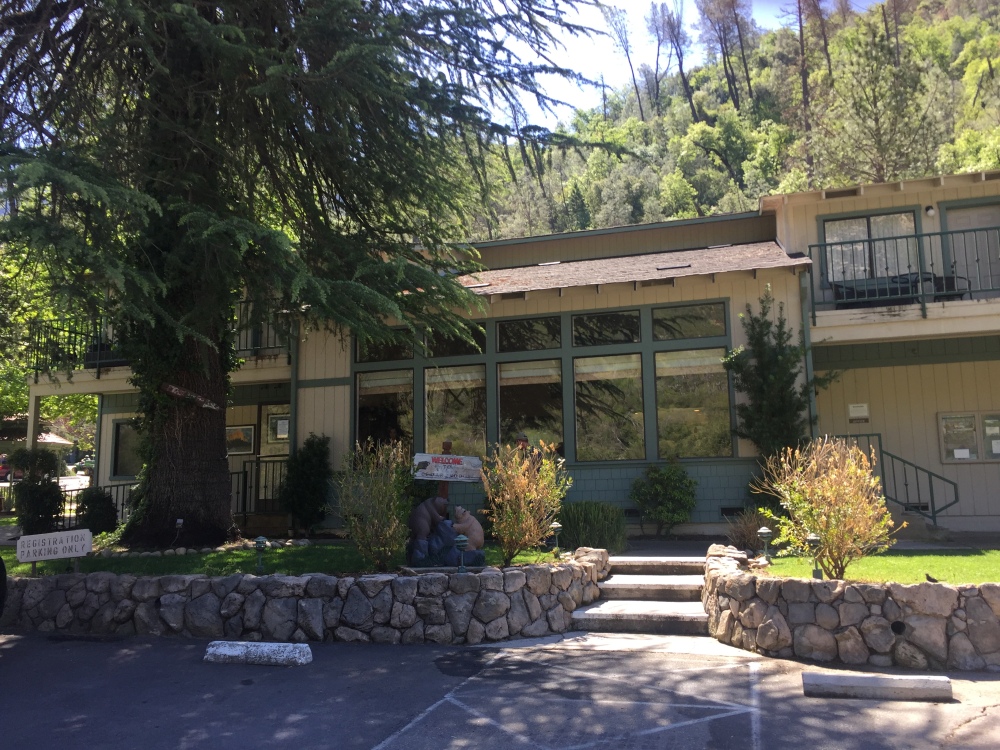 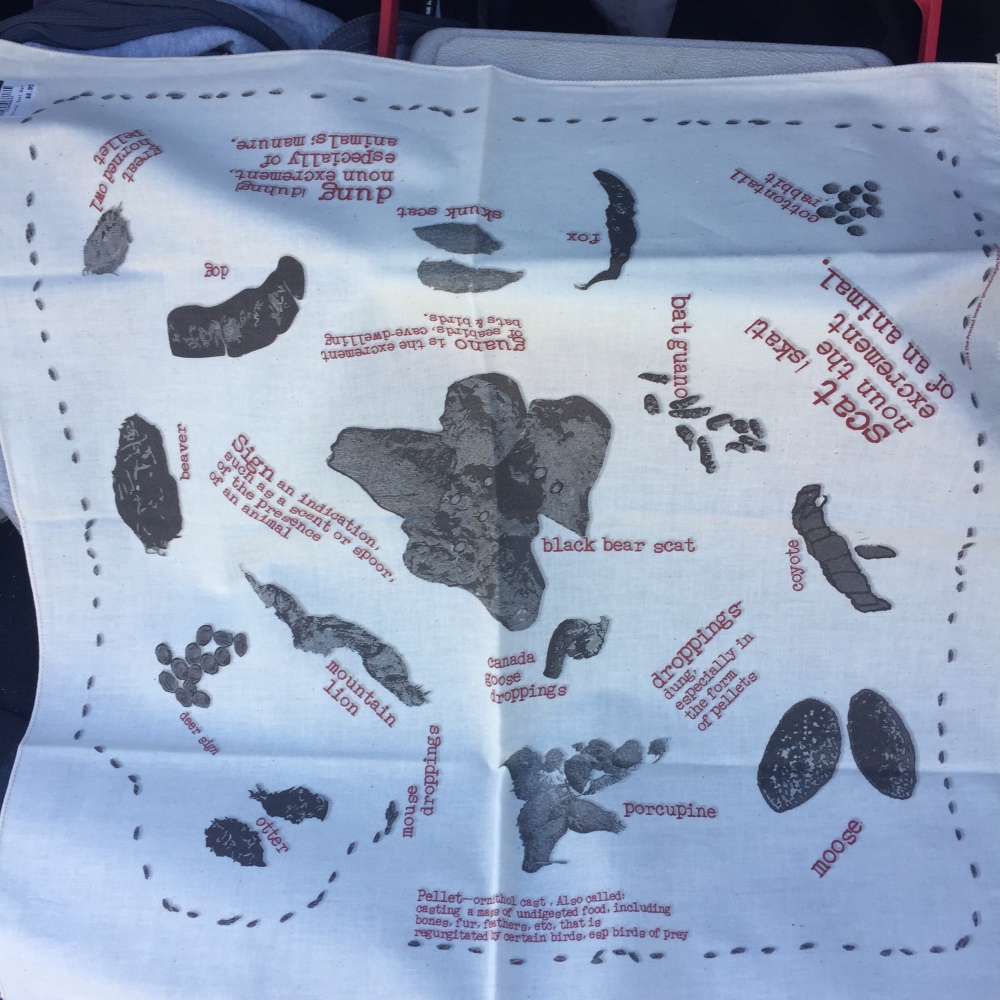 A few months after our trip, we came across a “20/20”-type show on TV about several murders that happened in 1999, and were shocked to see the location of the first 3 murders was Cedar Lodge! It was eerie seeing photos of the place we’d just been to! In February of 1999 a handyman named Cary Stayner killed Carole Sund, her teenage daughter Juli Sund and their friend Silvina Pelosso, then in July he killed another woman, Yosemite Institute naturalist Joie Ruth Armstrong. He alluded authorities until shortly after the murder of Armstrong. He was eventually sentenced to death for the four murders but, as of today, remains on death row at San Quentin Penitentiary awaiting execution. Cary’s brother Steven was kidnapped as a child and held captive for over 7 years before escaping. I remember the TV movie that came out in 1989 called, “I Know My First Name is Steven” about his kidnapping. You can read more about the murders and their family here.

The next morning we drove over to Hite Cove Trail, just 2 miles away, and started our hike around 8:30 AM and finished around 11:00 AM.

Since this was an unplanned trip, we didn’t have our hiking boots and had to make due with our tennies. I just didn’t feel quite as secure in the slippery spots. The timing was perfect because it was cool early on, and there was no one else on the trail until we were on our way back. The views were breathtaking and the wildflowers were in bloom! 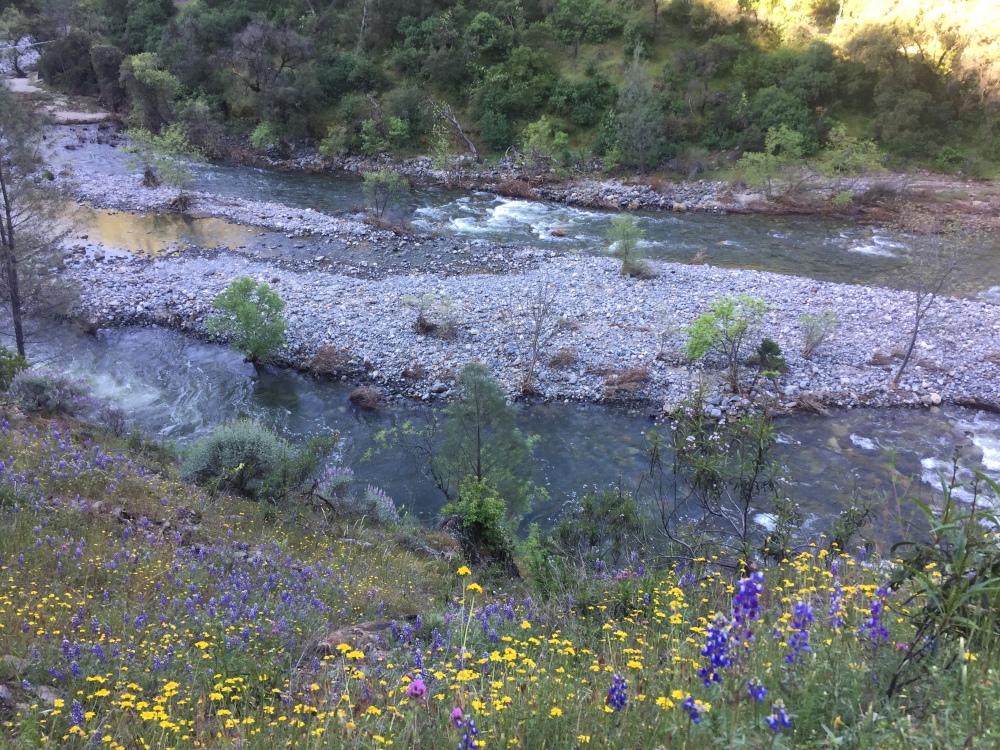 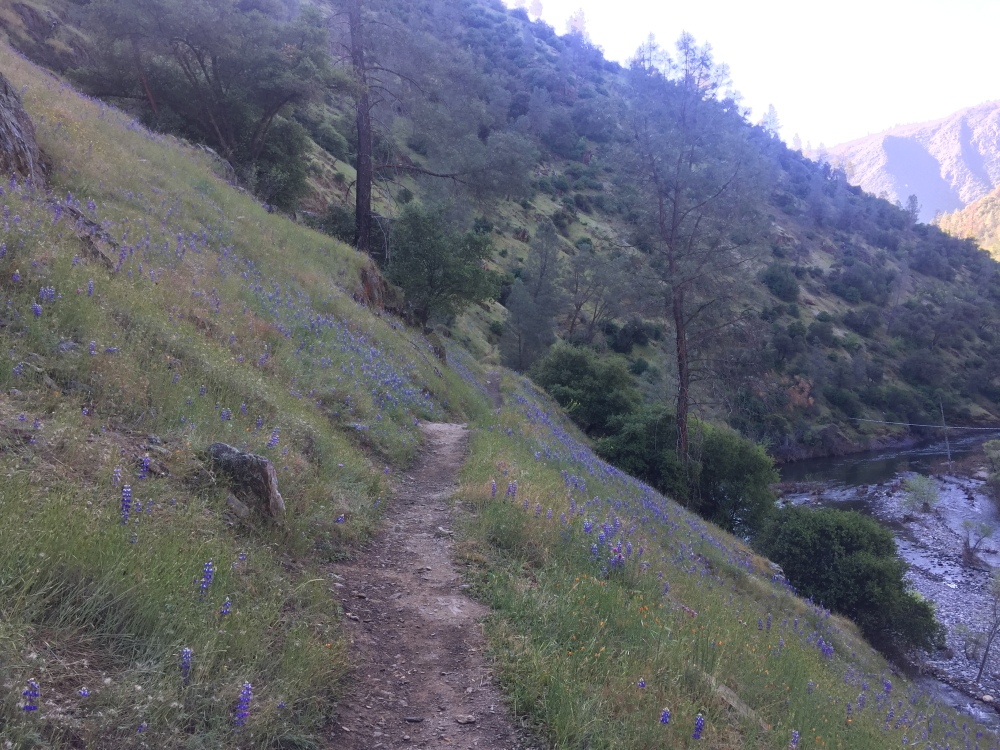 Found a little friend along the way

Some of the hike was a little steep and narrow, but not really difficult. When the sun came out and it started warming up, the fragrance of the flowers really came out. It was so beautiful! We estimated we hiked about 4 miles total, but you can go much further. 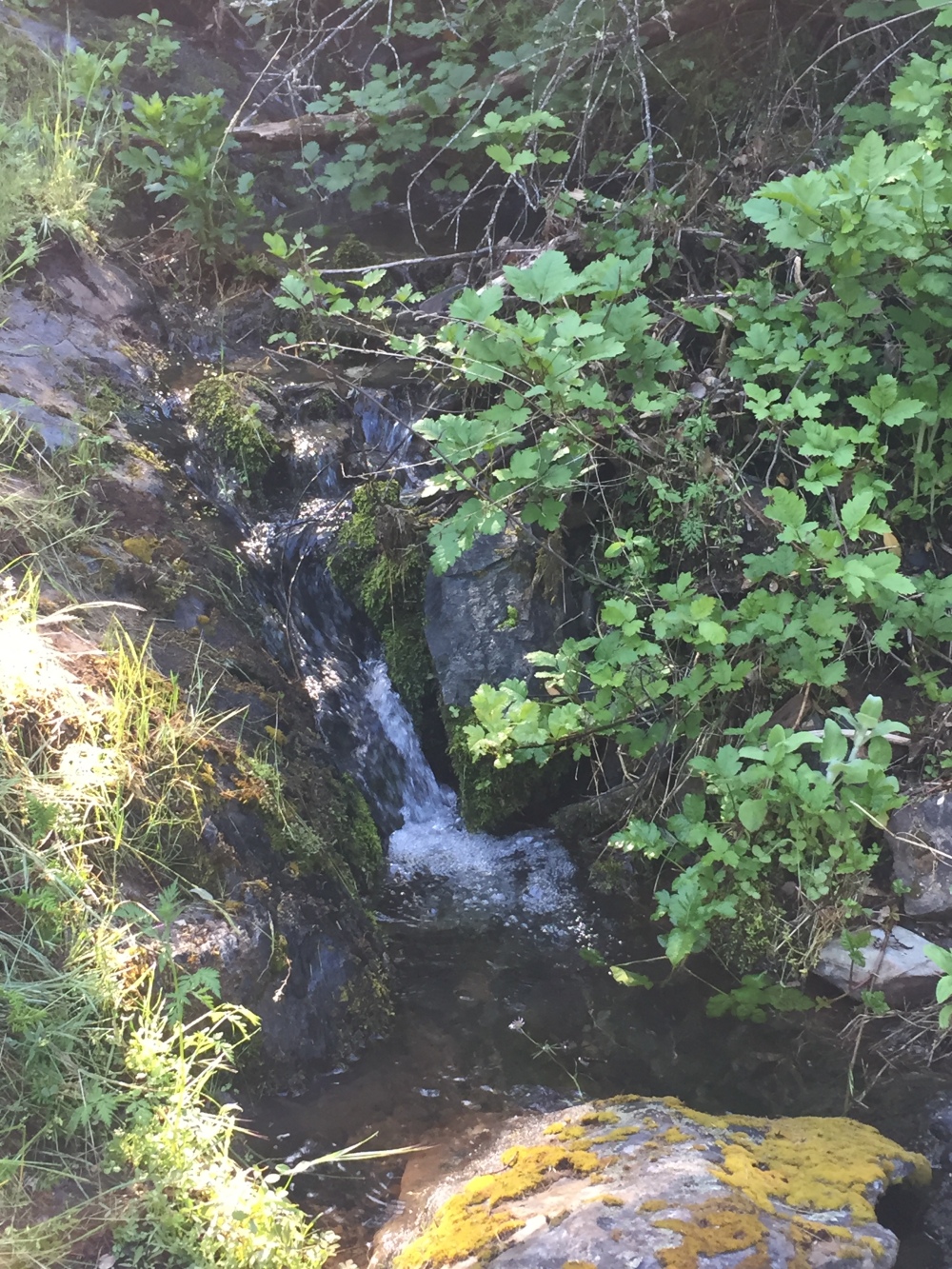 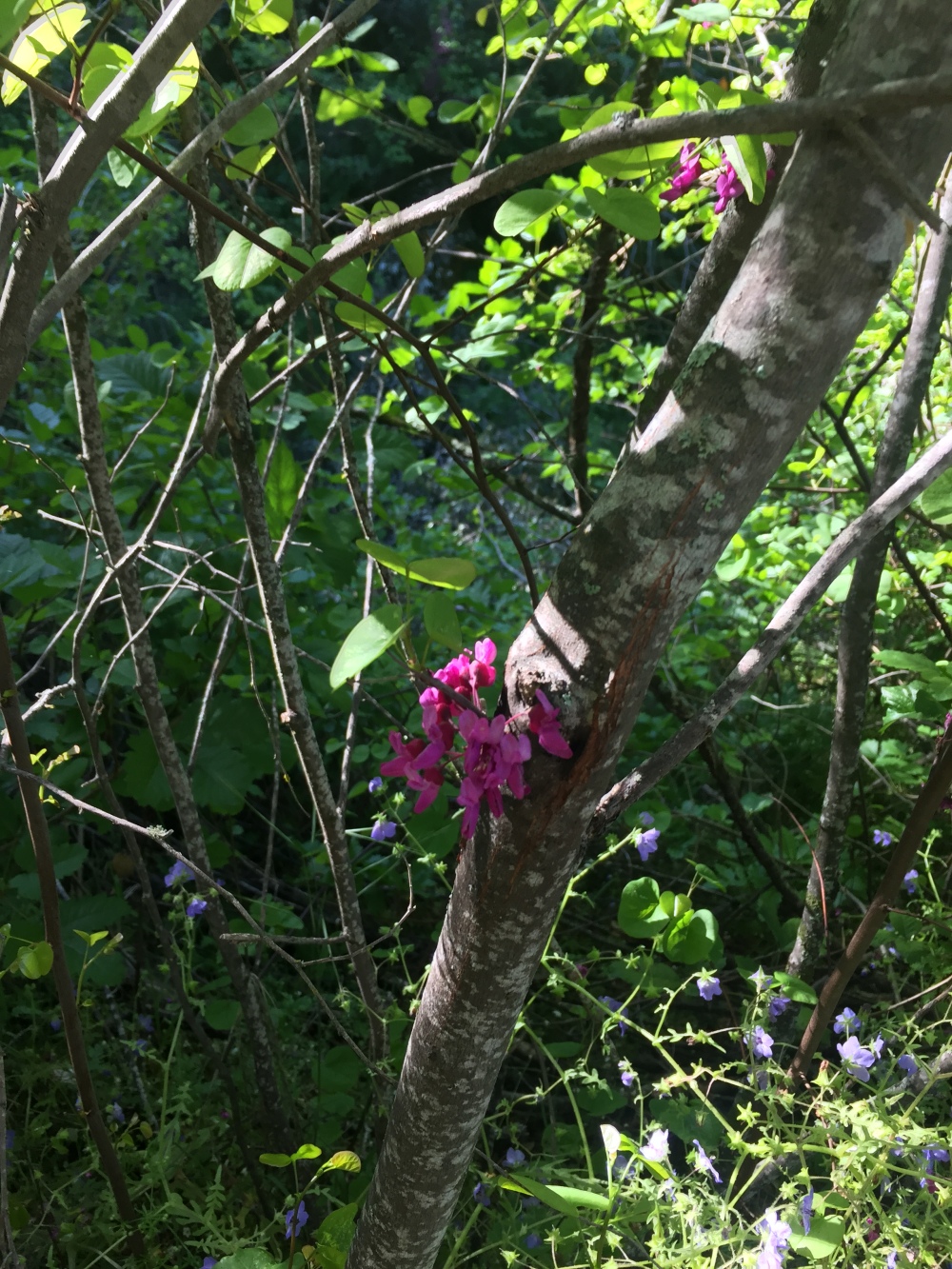 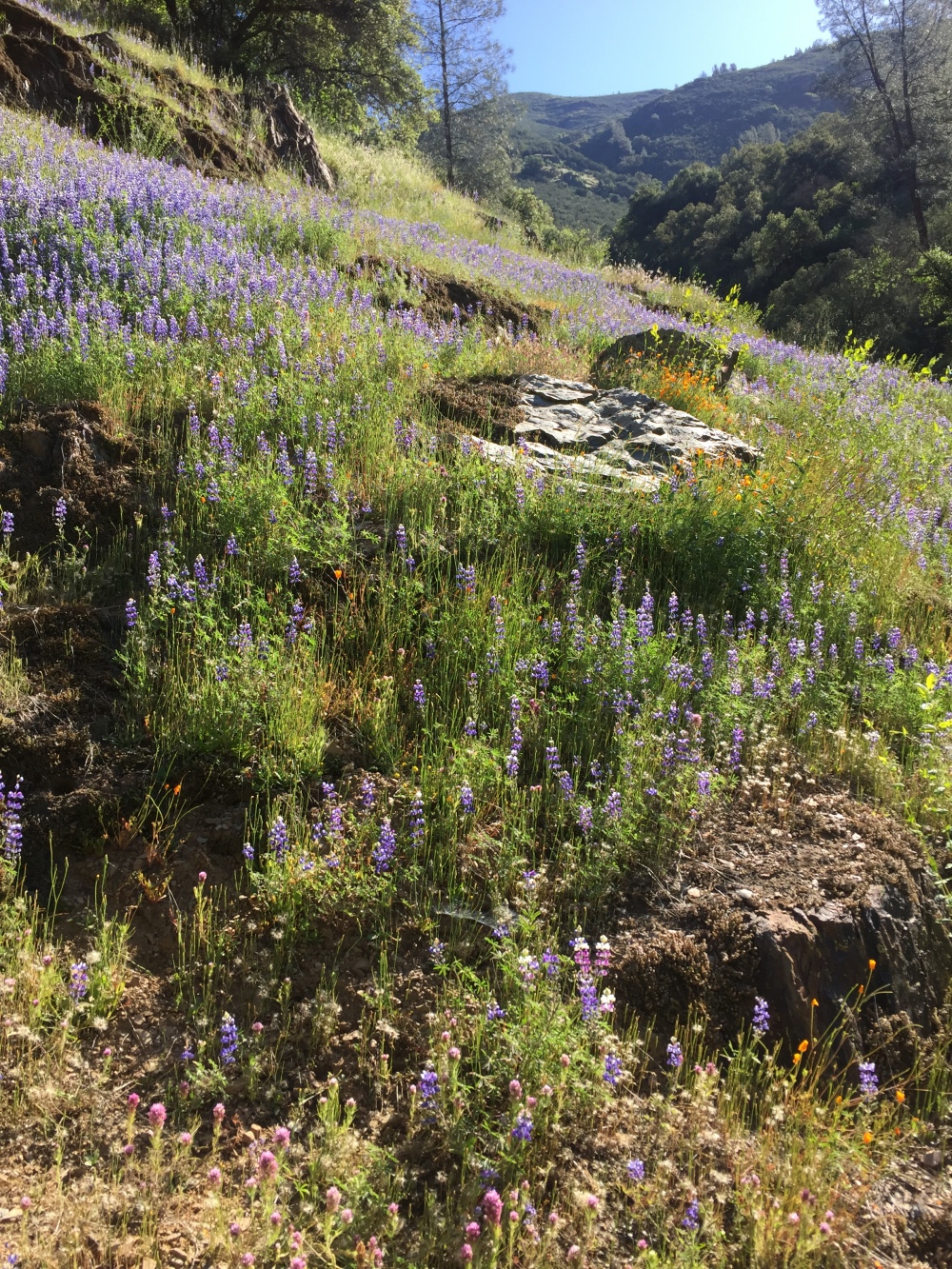 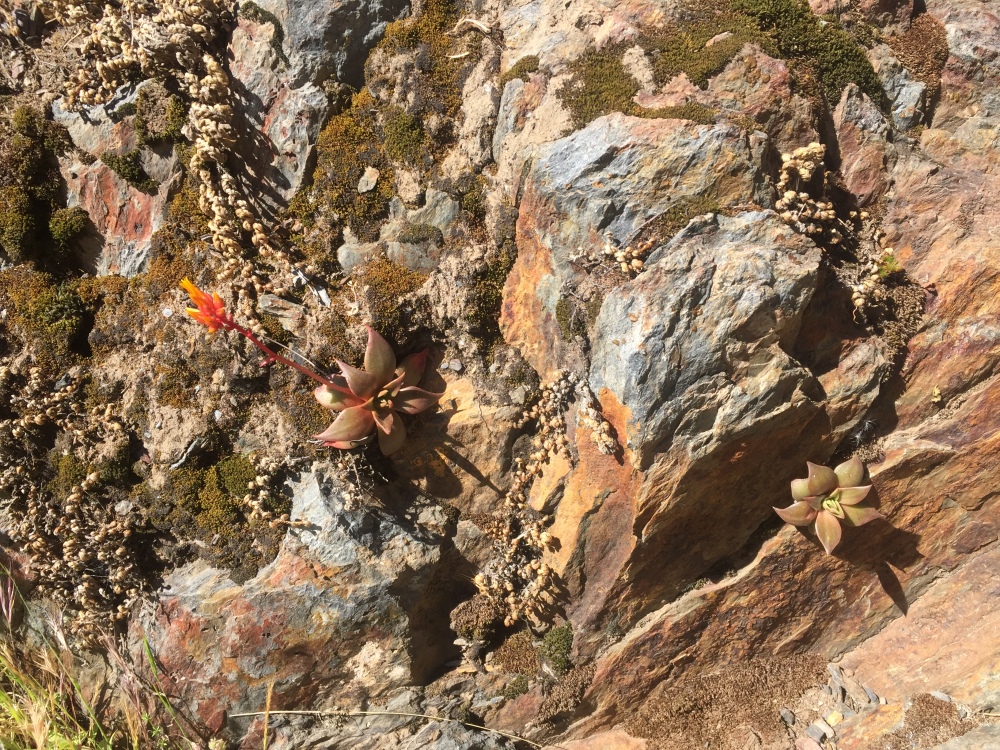 Sadly, since our trip the Ferguson Fire hit the Yosemite area and I’ve heard that the Hite Cove area burned in the fire. I know it will come back eventually, and fires are part of the natural process of regrowth, but it’s sad.

Since our name is Hites, after our hike we had to (temporarily) rename the trail 😊

Have you been to Hite Cove, before or after the fires? What time of year did you visit?