We had planned to try to squeeze in at least a short visit to Bryce Canyon National Park before we left Utah, but it would’ve been an hour each way, just to mostly drive through it. We were tired and decided we didn’t want to get up at the crack again just to do that. It was a good choice. Also, when I originally planned this itinerary, we were going to drive all the way to Yosemite, but when I calculated that the drive from Panguitch Utah to Yosemite National Park would be close to 10 hours, we decided we’d prefer to stop somewhere overnight along the way.

Scott found a place about 5.5 to 6 hours away in Tonopah, NV, (population approx. 2,500) at a location called Banc Club. We still left fairly early and, even though we did a gas tank fill up about ½ way there, we still were pushing it and arrived at the gas station in Tonopah with FOUR miles of gas left! Of course, they say there’s really probably 25-50 miles reserve after that, but it was nerve-wracking and not something we want to repeat!

Banc Club is a privately-owned lot, part of a casino, and free to stay overnight. The lot is all gravel and fairly level, and we chose a spot furthest from the road near another RV. We left “Indy” connected to the vehicle all night which I really liked as it eliminated the stress of unhitching and hitching up again the next morning. There was only 1 other RV and the rest of vehicles were big semis. We were definitely the “little fish!” Despite being on a highway with bright lights nearby, it was quiet, temps were cool (though windy), we felt safe, and slept fairly well. There are plenty of places to eat, and we walked to a Mexican restaurant called El Marques just down the street.

When we arrived we noticed “The Clown Motel” across the street and Alan immediately said he’d heard of it on YouTube! I thought, “Come on, it can’t be the same one.” But yes, here in the middle of nowhere was this “famous” little place. There are tons of YouTube videos with claims that the place is haunted, and it’s even been featured on several TV shows. So, after dinner we walked over to the Clown Motel to check it out. The lobby has over 600 clowns on display, including a full-sized Ronald McDonald. I know some people are completely creeped out by clowns, but we thought it was just fun to check it out. It may just have been the highlight of the trip for a certain 13 year old!

Every room has a clown to greet you!

Oh, and it just happens to be next to the Old Tonopah Cemetery! The cemetery was founded in 1901 with the burial of John Randel Weeks, but it closed just 10 years later when it became full, mostly due to the “Tonopah Plague” that hit in 1902 as well as the Tonopah-Belmont Mine fire in early 1911 that killed 14 miners. 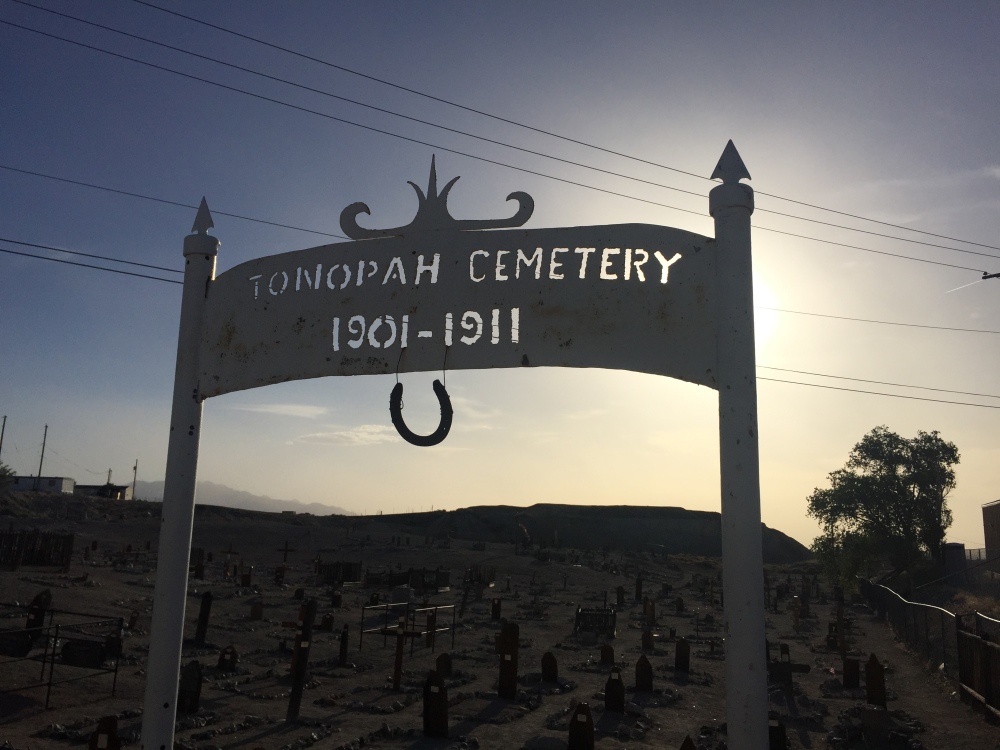 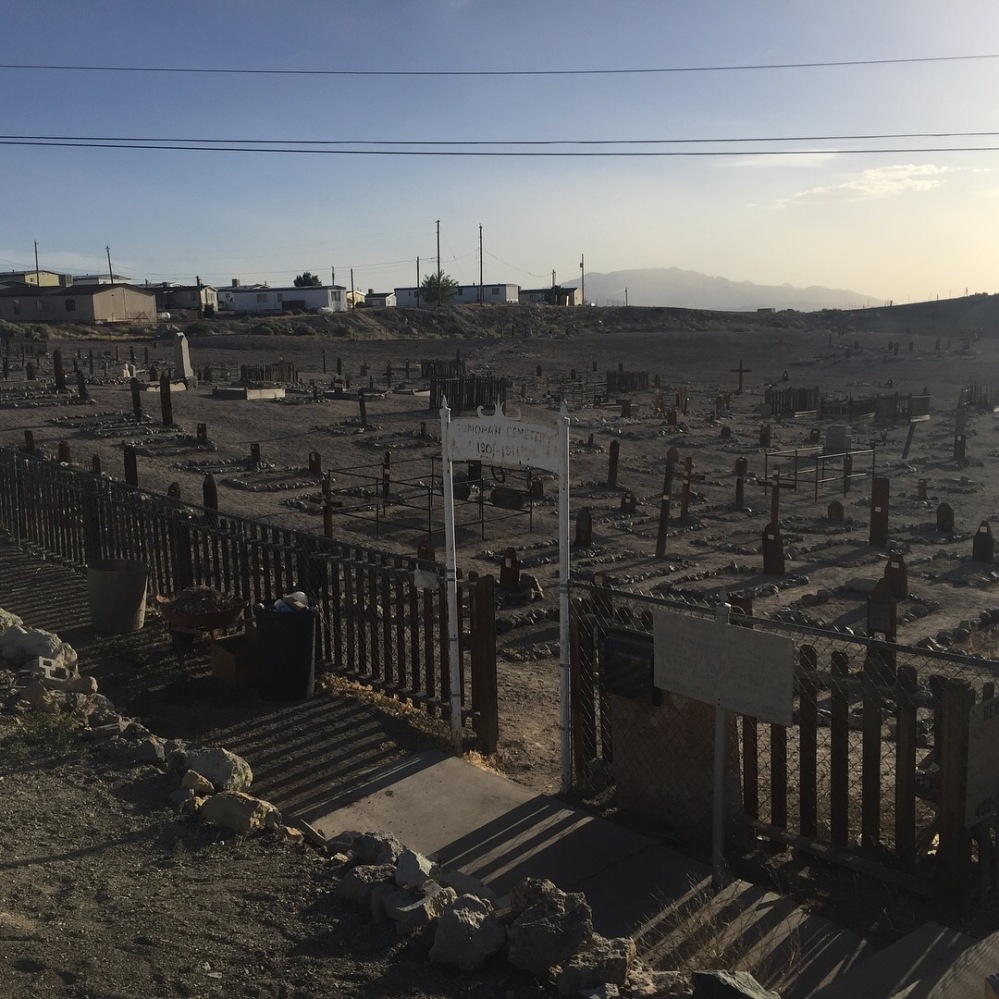 I kind of like reading old tombstones. It’s interesting to think about what life (and death) must’ve been like during these times.

Next and Final Stop, Yosemite!!! 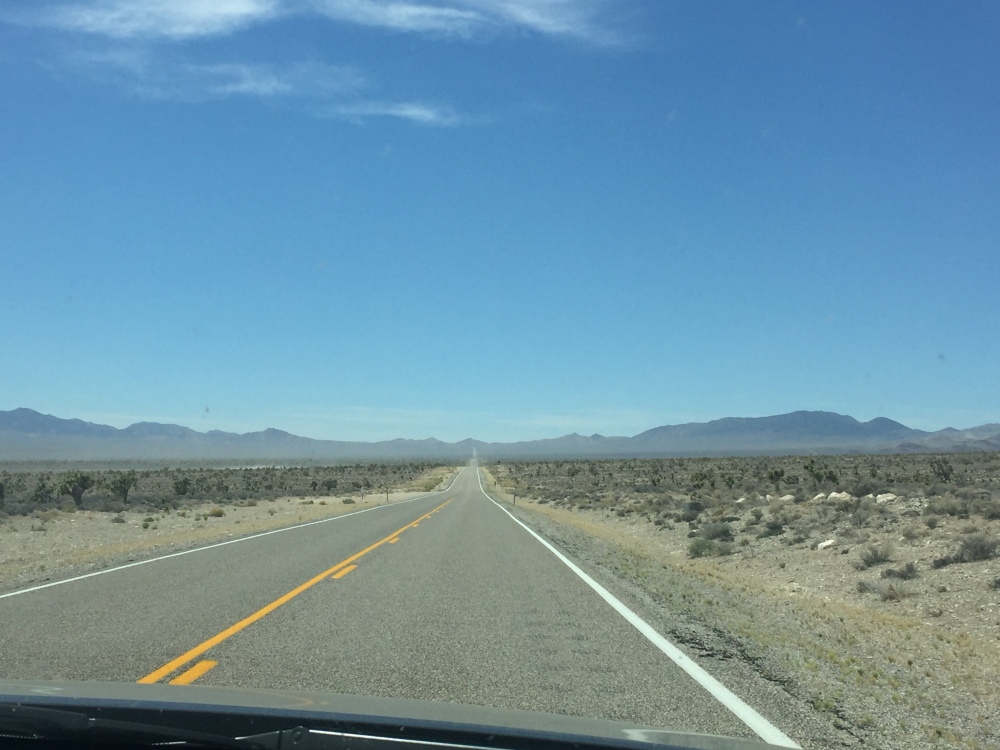