Simi Valley is in Southern California, just north of Los Angeles. The campground is small with just 16 sites, and our group occupied 12 of them. They have full hookups, but no cable, and no cell coverage whatsoever. Well, some said they were able to get a text to go through by standing near the restrooms, and surprisingly our AT&T friends had a little better coverage than us Verizon subscribers.

There are restrooms with flush toilets (handicap accessible), hand soap and a hand blow dryer which I appreciated since you don’t often find this. There are also 2 coin operated showers. We didn’t use them since we have an RV, but this might be helpful for some.

The Day Area has a playground, a large picnic area with a big grill and sink, a horse arena, a big grassy area though it looked to be covered with (coyote?) poop. There is also archery available, but only on Saturday from 9AM until about 2:00 (Very reasonable at $5.)

The camp host Amanda stopped by to chat when we arrived and was very friendly. She told us to be cautious of both rattlesnakes and coyotes. We didn’t see either while we were there but there had apparently been a lot of rattler sightings, and we heard the coyotes nearby at night. We were told to be very careful if you had pets, and we heard from another camper that one small dog had even been snatched off a leash. Keep a close eye on your pets!

Though the campground itself is nice and clean, with beautiful trees and shrubbery all around, there isn’t really anywhere to go walking or biking (the entire CG loop would take about 5mins.) except a trail that’s about 2 miles down the road. We had planned to go for a hike sometime but didn’t have time on Saturday, then came the rain on Sunday. Scott rode his bike down there on Saturday morning (while I went shopping… more about that below) and biked on the trail a few miles then back uphill 2 miles back to the CG. He said the hills were moderate to slightly difficult. 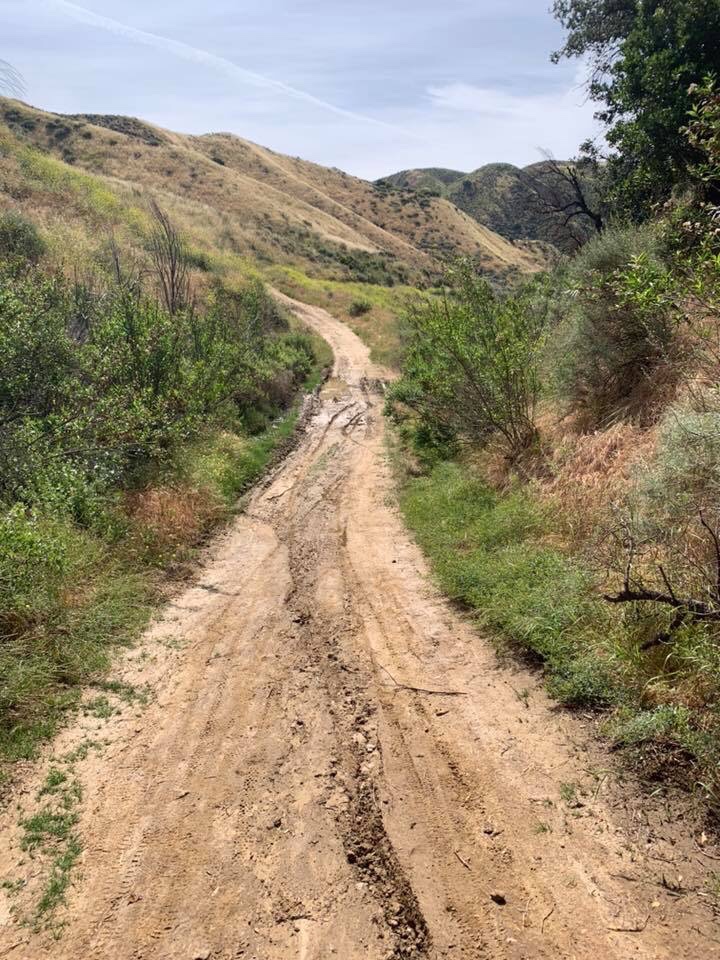 We arrived on a Friday afternoon and that evening I realized I’d done something really dumb. I left ALL of my clothes at home! I usually have a packing routine but my schedule was so busy before we left and I got out of my routine. Ugh. So on Saturday morning I headed down the hill and did some shopping. The campground is really close to town, so it’s easy to pick up anything you’ve forgotten.

On Saturday afternoon our group made a trip to the Ronald Reagan Presidential Library. I’m not sure what I had expected, but it was really interesting. Of course I anticipated the focus on his presidential years, but I was especially impressed with the importance that faith played in his life as well as the love story between him and his beloved wife, Nancy. 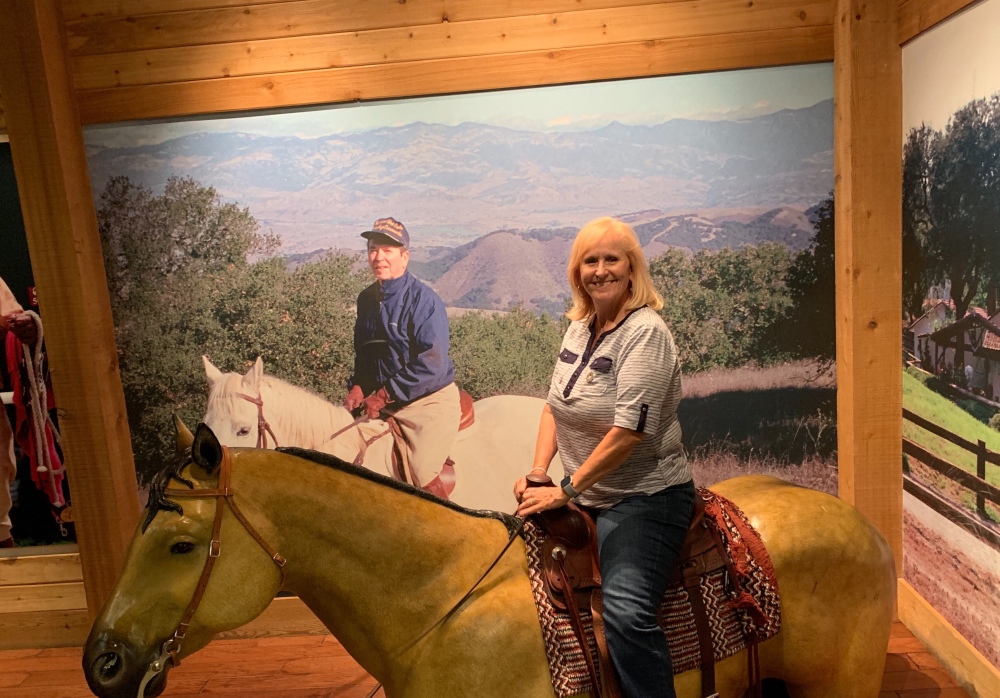 The gardens are beautiful…

Did you know they added a piece of wood at the bottom of his desk so his knees wouldn’t hit underneath? 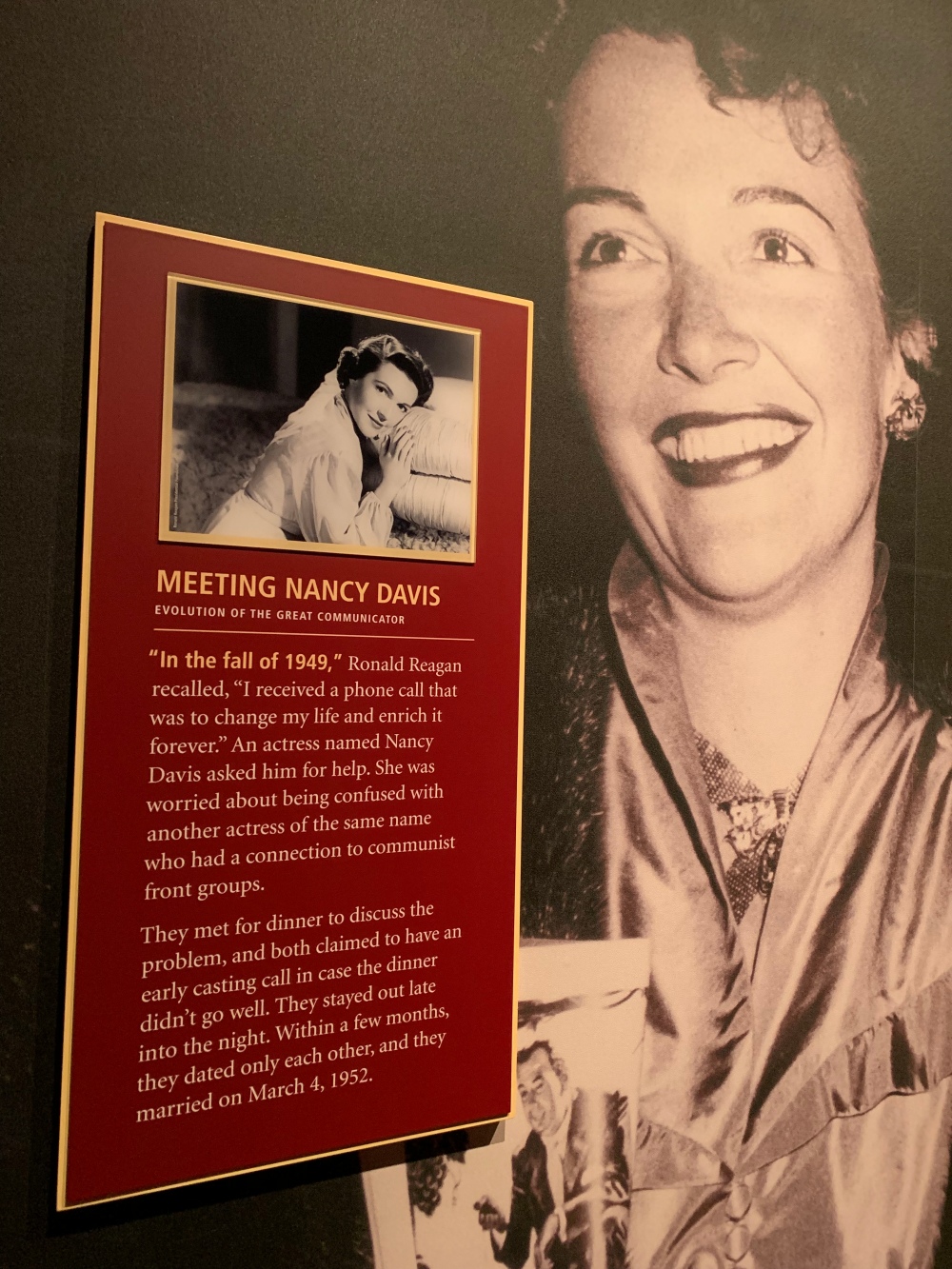 After we left Scott commented about President Reagan’s character in contrast to our current President. Sad, but true. “There is no limit to the amount of good you can do if you don’t care who gets the credit.” – Ronald Reagan

Late Sunday morning we drove down the hill to the nearby coffee shop and enjoyed a good cup of coffee and free WiFi! The rain was supposed to stop around noon but it continued on through the rest of the day and into the evening, so we just watched movies on DVD, then had dinner with a few friends in their RV that evening.

If you’re looking for a place to stop on your way to your main destination, and don’t care about cell coverage, OR if you need a place near the Reagan Library, it’s a nice little campground. There’s just not a lot to do here. 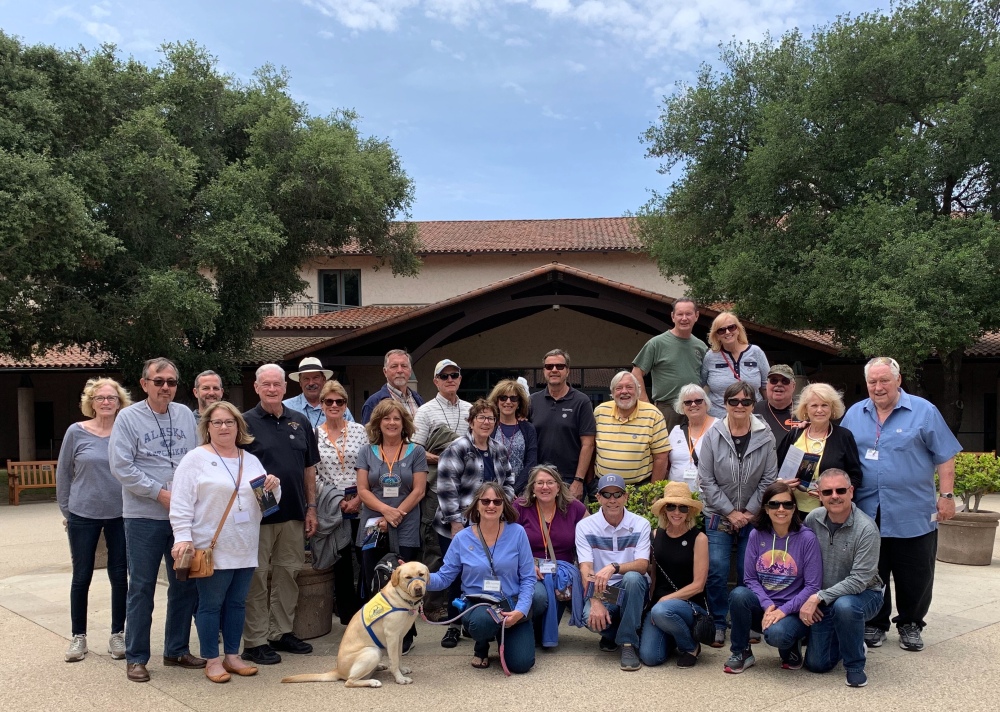